I used this keyboard for a few years, until I got a computer that didn't have a PS/2 port. For about a year, I was stuck with a mushy keyboard, until I found the proper PS/2 to USB adapter, and now it's back in service.

This keyboard is special to me because I got it from MSU, and that's where both my parents went to collage, and I spent just about every summer there as a kid at Ag Expo.

When I first got this keyboard, the right ALT key didn't work. Popping the key off revealed why: the spring was completely missing. It still worked fine, as long as you didn't bump that key. After a few years of just putting up with it, I ordered a new spring (actually, three or four, and a set of Mac keys while I was at it) from Unicomp.

Many sites say that you have to dis-assemble the entire keyboard to replace a spring. This is both true, and not true. For this keyboard, the foot at the bottom of the barrel was still there, and it looked intact. I knew the membrane was still good, as the right ALT key was activated if you even so much as bumped the board.

I decided to try just replacing the spring. Worst case scenario, I'd have to take the board apart and do it the right way anyway. I was able to get the spring on the nub of the foot with a pair of needle-nose pliers. It was on, but no where near as tight as it should be. I had to re-seat the key a few times, but it's worked fine ever since. 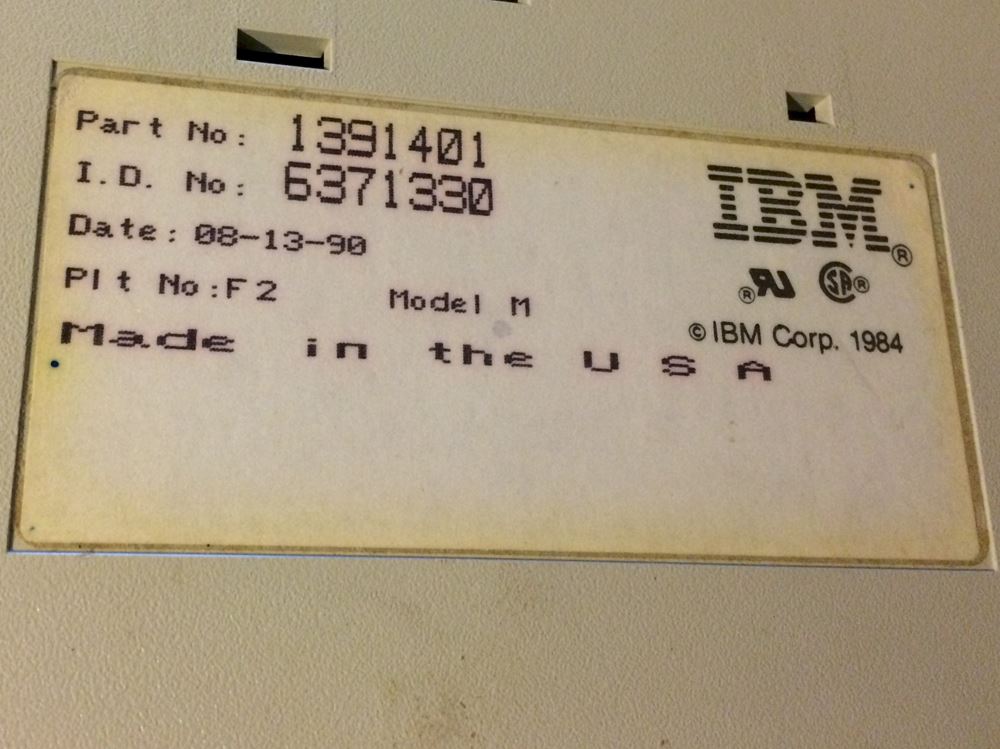